Terrence Jones of Raleigh, North Carolina, should have been a concert pianist. In fact, he graduated in 1998 with a Bachelor of Music degree in performance piano from Virginia State University. But there was one small problem.

“I walked the stage and got my degree, but I never actually finished my recital,” Terrence laughs today. “I completed all the coursework, but hey, it’s difficult to memorize an hour-long recital and then play it for an audience from memory.”

And while Terrence still plays the piano daily, he harbors no dreams of making his living as the next “piano man.” Instead, he used his first college experience to drive his determination to finish a different education and get started on a new, lucrative career path. 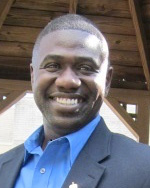 After completing his music degree, Terrence returned to Raleigh and began working as a server in various chain restaurants. Eventually he took a position as a banquet server at a local Sheraton hotel, which proved to be a life-altering decision.

“As I progressed in my career as a banquet server, I became very curious about how it all worked behind the scenes,” Terrence said. “I started asking questions about how everything came together – how the event contracts were negotiated, and all of that stuff.”

Terrence’s supervisors took note of his curiosity and began to mentor him. “Eventually one of them said to me, ‘You’re going to have to get an education to advance in this career,’ and that’s when I found Ashworth College,” he said.

“’You’re going to have to get an education to advance in this career,’ and that’s when I found Ashworth College.”

Immediate value in the coursework

Terrence enrolled in the Ashworth College career diploma program in hotel and restaurant management in 2016, determined to finish it. He said the sense of “unfinished business” left by his first college experience drove his desire to complete the entire program this time around. It probably helped his determination when he experienced the immediate value of his coursework.

“When I was enrolled in the hotel management program, I was working at a thirty year old property that was undergoing renovation, and the first educational concept I learned in the course was that hotels must keep up with trends in order to remain viable,” Terrence said. “There was an instant, direct correlation between my education and the real world. I’ll give you another example: when I attended my very first sales meeting, they used the term RPM – rate per room – and I understood it! I felt like, wow, the lightbulb has turned on for me.”

Event planning and hotel management combination was the key

Not long after completing the hotel management career diploma at Ashworth College, Terrence enrolled in the event planning program, which he finished in 2018. These two shrewd educational moves have boosted his career tremendously.

“In less than seven years I went from making $16.25 an hour as a server to making over $50,000 a year as a catering and convention manager,” Terrence says with delight. “Ever since I stepped into Ashworth College online, my life began to change. I truly give it all to God. I’m so surprised at where the courses have taken me so far.”

Some people hit their career stride early, while others take a more meandering path, as Terrence did. He turned 43 this past year and now sees his career future as a boundless opportunity to succeed. “My next step probably will be to take some finance courses, to get a better handle on that end of things,” he says of his plans. “My ultimate goal is to be a general manager.”

No doubt this should-have-been-pianist who followed his curiosity to a satisfying career in hotel management will succeed.

Learn more about the 125+ programs at Ashworth College

Whether, like Terrence, you’re looking to start a journey to launch a new career, or perhaps advance in your current industry, Ashworth College offers a range of career diploma, career certificates, and advanced degrees to meet your needs. Getting started is simple and we’ll help keep you on track. Talk to an admissions advisor today to learn more.

Career What is an Online Career School?

Career How to Search For, Find, and Apply to Good Jobs

Ready to get started?